Have you ever heard of Microsoft Message Analyzer? While troubleshooting some networking issues with Windows Server 2012, I requested the application owner to install Wireshark. Being a good systems admin, the application owner was naturally suspicious of an application with ‘shark’ in it’s name. Despite my insistence, I wasn’t able to convince the administrator to install Wireshark. We decided to look at alternatives – and came across Microsoft’s own Windows Message Analyzer! (WMA).

It turns out, WMA is very similar in form factor to Wireshark, with a lot less protocol specific features, but, a few unique features that make it a very compelling tool to keep in your back pocket. Of course, Wireshark is the king of protocol analysis – it’s certainly not getting dethroned. WMA however can be really handy in certain scenarios.

Regardless of the above minor drawbacks, using the core packet capture and analysis functions, I was able to successfully use MMA to troubleshoot the application issues that ended up introducing me to MMA. 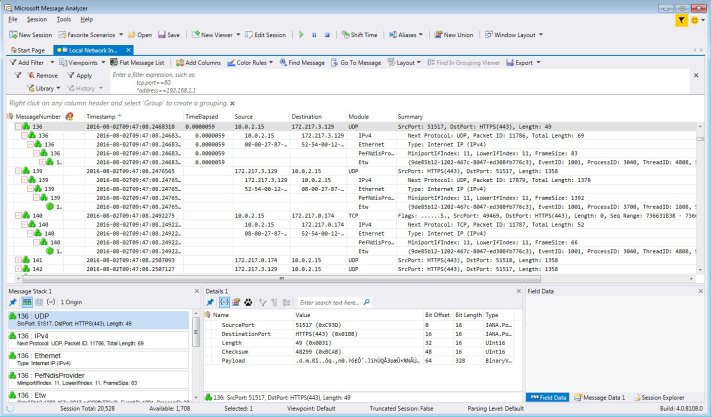