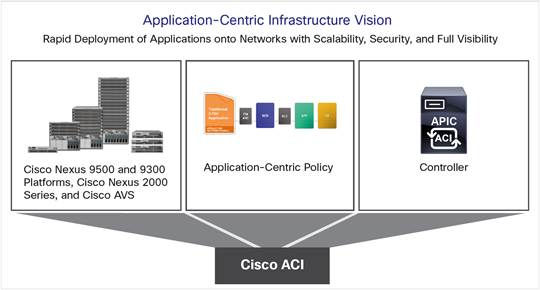 Short version: Configuring Cisco Nexus 9000 Series Switches in ACI Mode (DCACI) is an awesome ACI course, which I highly recommend for anyone interested in ACI, but you need to supplement it with CiscoLive On-Demand Video Library to get the most out of it.

I can’t believe it’s been four years since my first post about learning resources for Cisco ACI and other related technologies. In 2015, 2016 and 2018, I provided recommendations for additional resources for learning ACI. Now in 2019, I would like to share two resources which I think are CURRENTLY the best options for learning Cisco ACI. If you know of better options, please let me know in the comments below! 🙂

Here is what the course interface and one of the lab looks like (two or more monitors highly recommended!):

The course has two flaws, but I would HIGHLY recommend this course despite those flaws.

Both of the above flaws can be looked aside thanks to another great FREE Cisco resource which I have mentioned multiple times in the past: CiscoLive On-Demand Video Library.

Since the course itself is lacking both content and clarity, you really have no choice but to supplement it the CiscoLive videos other other content to get clarity on ACI concepts. For example, this is a particularly good ACI Troubleshooting presentation, and this video does a great job of explaining ACI Multi-Site, etc. This particular one, covering ACI installation from scratch, is also awesome. You can find many other similar videos covering various different aspects of ACI. As you are going through the course, you’ll realize yourself which concepts are unclear for you, and find videos on CiscoLive to clarify those concepts. Be sure to filter for recent CiscoLive events to view the latest videos – as ACI has been evolving rapidly!

Cisco has some highly talented speakers at Cisco Live events and if they, e.g. Massimiliano (Max) Ardica, Ramses Smeyers, Azeem Suleman and others, were to help create some of the videos for this course, it would take the course to the next level. There are endless ACI specific presentations/videos that you can watch. A especially good time to watch the ACI videos on CiscoLive is when you are waiting for you lab to load for 30-60 minutes 😉 Pro-tip: view the video in Firefox, which allows you to change playback speed, so that you can view the video faster if you want.

Again, despite the major content flaw, I would still highly recommend this course as the labs alone are worth it.